“My diagnosis was a turning point.” 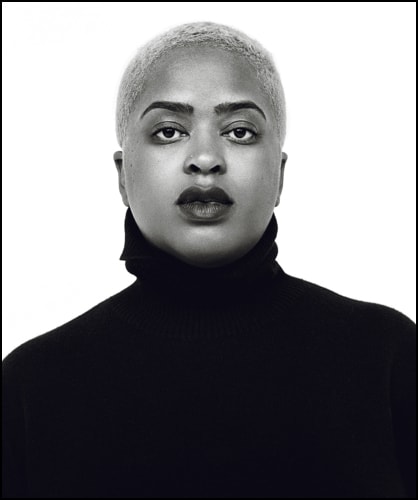 I had severe postpartum depression after my second son was born. I was breaking out in sweats. I suffered unexplained physical pain. I went to the ER twice because my heart was racing so fast. I spent hours hiding in my closet or lying on the bathroom floor, where it was cool, because the anxiety was making me sweat so much.

I also experienced explosive rage. I was plagued by intrusive thoughts: I would have visions of something violent happening to me or my kids. When my second son was about ten months old, I started having suicidal thoughts. That was when I knew that I really needed help.

My immediate community did not talk about mental health, so I sought a connection with other women of color online.

But I struggled to get treatment. At my six-week checkup, my OB brushed off my concerns. My primary-care doctor told me, “You’re just tired.” I went to a therapist, an older white man. He told me, “I don’t think this is postpartum depression. Any black woman in your situation would feel this.” I was like, “What do you mean, any black woman?” It was so demoralizing.

Then I remembered that, as a veteran, I could use the VA for my mental health. I went to a VA hospital and saw the intake psychiatrist. At the end of our first session, he suggested that I had bipolar disorder.

My diagnosis was a turning point. It set me on a path toward finding the right medications, the right therapist, and a good psychiatrist. As scary as it was to face a chronic mental health condition, the diagnosis was empowering. I learned everything I could. I was doing research for my sons as much as for myself, because they could inherit this disorder.

Painting literally changed my life. It unlocked an artistic voice that I didn’t know I had.

I decided to do something about it. I created a Facebook support group for women of color where they can talk openly about their mental health. It’s grown from fifteen to eighty members in two years. I’ve recruited mental health professionals who are also women of color to help run the group. It’s been a beautiful thing to watch this community grow.

My other joy is painting. My therapist had told me to do something creative with my hands. One day, I was having a terrible time, and I thought, “You know what? Instead of self-harming, I’m going to try painting.”

Painting literally changed my life. It unlocked an artistic voice that I didn’t know I had. I’m an artist now. I sell my work. I can pour my feelings into my paintings. It’s an incredible catharsis.

A'Driane Nieves is a visual artist and activist living with bipolar disorder. Through personal essays and vibrant paintings of color and movement, she fights against stigma and for the rights of women everywhere affected by mental illness. She's also the founder of Tessera Collective, an online platform and support group that fosters mental health empowerment and community for women and girls of color.