“For the first time, I was truly choosing to happen to life, rather than letting life happen to me. I was choosing resiliency.” 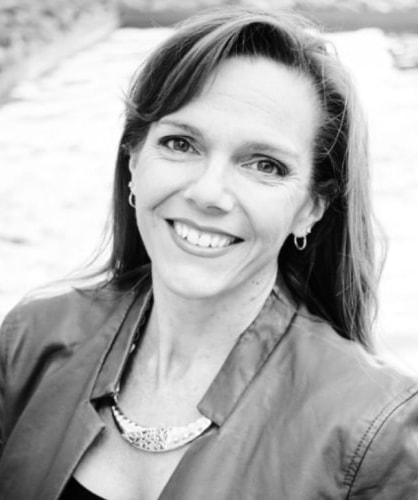 That moment that everything changes…

For me, that was July 17, 1989. Sitting in a police interrogation room, my world crashed down as I listened to two detectives tell me that my husband had coordinated and carried out the murder of his father.

The words that I was hearing were getting caught somewhere between my ears and my mind, and I had trouble even understanding them. Learning that the man I had planned life and a family with could do such a horrible thing buried my head, my heart, and my hope for the future in darkness. Newly married at twenty years old and seven months pregnant, my young adult life and everything I trusted about it were gone.

Option A, the path I believed was mine, was now obliterated.

As much as I wanted to move forward and back into the light, reminders of that day and darkness were inescapable for the next several years. Salacious Sunday paper headlines and evening news stories about his case were a regular occurrence. Sometimes journalists would take pity and leave my name out of print. Other times they would not. My hometown community whispered. My faith community judged. Friends walked away. All while sordid details of the act and the dangers that my unborn child and I faced because of it were revealed. His trial and sentencing to twenty-two years to life brought even more press coverage and chatter.

But in that time of darkness, my beautiful child was born. Even though it was dark, my desire to move forward turned into a need to move forward. The need begat a will to move forward. And I began to see that I had options for my life, and my daughter’s life, other than those that were crushed. I would find Option B, and it would be good.

Finding it was a process that was not easy. It required me to step out of complacency and into action. As I navigated the divorce process, I had to use my voice in a new and assertive way, something that was not my normal. Being strapped with all of the financial obligation in the divorce and fighting finance companies over debts he incurred tested my negotiation skills. I faced and dealt with the overwhelming emotional fallout of fear, loss of trust, anxiety, and betrayal. I had to hold tight to the people that were helping me move forward and supporting me even if they didn’t agree with me. I also had to set boundaries and even let go of some relationships that kept me stuck. For the first time, I was truly choosing to happen to life, rather than letting life happen to me. I was choosing resiliency.

Moving forward required my action, even when I wasn’t sure I could do it.

There were moments when I had to simply rely on a will-do attitude, rather than a can-do attitude. Self-doubt and defensiveness challenged me. At times, I wanted to sink back under what felt like the weight of the world. But as I took accountability and responsibility for shaping my future, and that of my daughter, I began to see every place where I had choice in what life would become. I decided that my life would be a life of victory, not of being a victim of his actions and the judgment and darkness they brought.

In the years since, I have found a healthy and loving relationship with my husband of twenty-five years. I have raised three daughters to be strong, independent women. I returned to college at age thirty-five and earned my college degree on the same day that my oldest daughter earned hers. I have traveled the world. My experiences have helped me to empower other women to move forward.

I decided that my life would be a life of victory, not of being a victim of his actions and the judgment and darkness they brought.

Along the journey, resiliency muscles have certainly been tested. The moment that changed everything has lasting impact. Emotions, questions, anger, confusion, and hurt didn’t just disappear when I chose something different for our lives. But as issues arise, I feel, address, and work through them. I learn from them.

With each challenge to resiliency, resiliency is strengthened.

I am often asked whether I would change anything about what happened in my life. My answer to that question is no. Regardless of how it happened, without losing Option A, I would not be who or where I am today. I am living Option B. And it is good. I did not just move forward to exist. I bounced forward and am living.